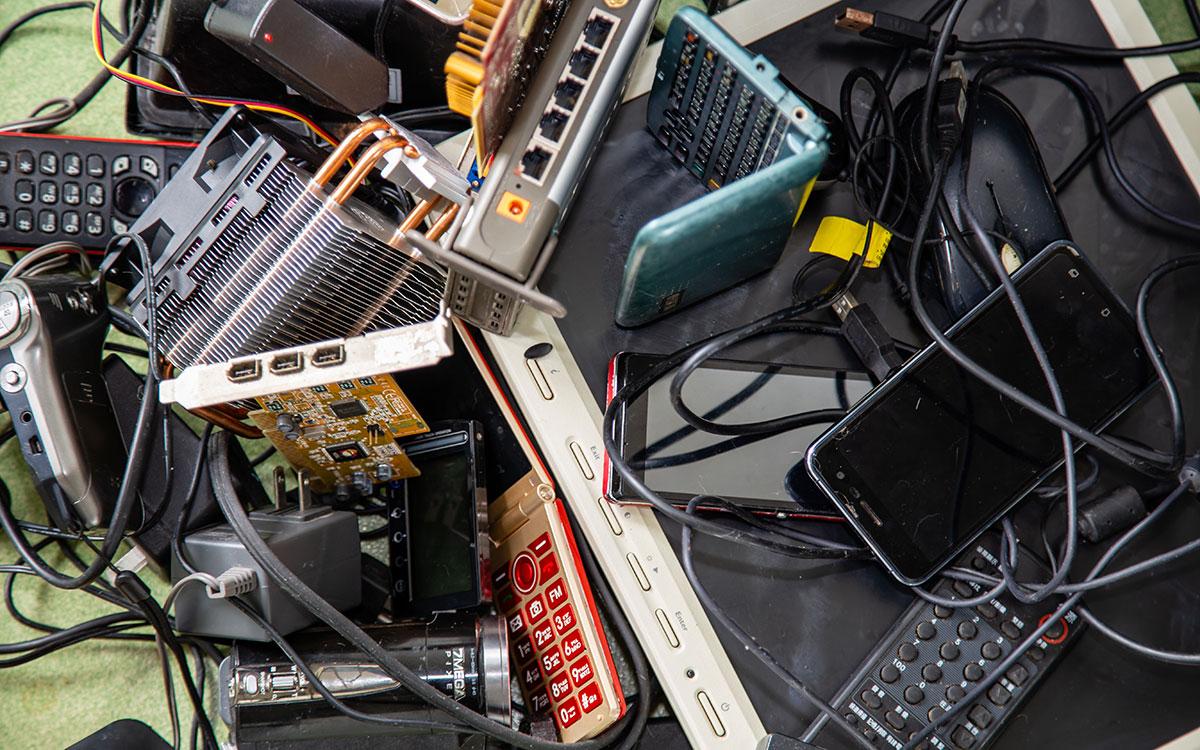 The government response provides significant insight into the ambitions of government for the future of WEEE, but it must be noted that it provides no guarantee that any issues in the existing system will be tackled in future regulatory change. Here is a round up of the main responses:

The EAC report emphasised that the weight-based approach of ‘substantiated estimates’ – used to approximate the amount of material by weight that is recycled, but not processed through the official producer responsibility system to achieve targets – overlooks valuable and diminishing critical raw materials such as lithium and cobalt contained in EEE products, due to their relative lightness.

The government response dismissed a re-evaluation of the existing methodology and states a governmental intention to keep using it to report against targets. It is unclear as to how the re-use of this critical materials will be incentivised in the future, but government are clear a weight-based methodology “is important to understand the volumes of equipment that is captured outside of the producer led system to assist in setting meaningful targets and to gather evidence on the wider environmental impacts of policy.”

A clear recommendation was made by the EAC that WEEE targets should take a much longer view, to allow for industry certainty and subsequent investment. Currently, the short-termism of annual targets inhibits innovation and long-term solutions being implemented.

The government response states that although the annual target setting allows producer financial obligation to accord with their placed on market data, Government are willing to consider the issue in the upcoming consultations. Furthermore, “in relation to setting reuse targets, this is an area we will continue to explore throughout our engagement with stakeholders as part of the process of reviewing the WEEE Regulations and will make an evaluation of their impact ahead of our consultation which will be published later this year.”

The government response states that they are considering mandating online retailers to take back old electrical products from customers, closing the competitive and obligatory disparity between internet market places and physical stores. This will be welcomed by many stakeholders, as online ‘free-riding’ has been repeatedly raised as a concern.

There is no question that internet sellers should be as responsible for their EEE sales as those with bricks and mortar, but close consideration should be given to the practicalities of this. For instance, would online producer funds be better spent increasing kerbside collection, or providing better community bring banks? The logistical implications and potential need for increased courier services could be both environmentally detrimental, and an expensive exercise in take-back overkill when better suited avenues are established.

The response confirms that government is consulting on establishing national kerbside collections for e-waste. The consistent low collection of small mixed WEEE, commonly found in households, has been steadily highlighted as an industry issue for years.

Introducing kerbside collections may go some way to addressing this, but as the report states, would emphasise the recycling of old items and not re-use activities – a top priority for the circular economy and fulfilling the waste hierarchy.

As above, re-use and repair is top of the agenda in waste policy and VAT exemption for these activities has been implemented in a number of countries to incentivise both consumer and producer behaviour change.

However, for a number of reasons including a lack of precedence and loss of budget, government report they will not go ahead with the EAC’s recommendation to do the same. Moreover, although the paper emphasises that that there are provisions in the Environment Bill for future repairability measures, there are no specific proposals or solutions suggested.

Head of Policy, Robbie Staniforth, commented “Overall it is positive to read how seriously the Government are taking the recommendations by the EAC. The original report excellently captured the breadth of issues we have in the UK and focused on the key areas where change is required.”

“The mood music from Government is good, however we are a long way from a set of proposals that will address the deficiencies in the current system. This response simply recognises problems but does little to propose solutions. We hope the Government will outline a clear position on how they will solve the legislation’s short-termism and over-emphasis on recycling ahead of reuse and reduced consumption in their consultations later this year.”

Click here to read the ‘Electronic Waste and the Circular Economy: Government Response to the Committee’s First Report’.

If you have any questions or concerns about the upcoming WEEE consultation, please contact our team.