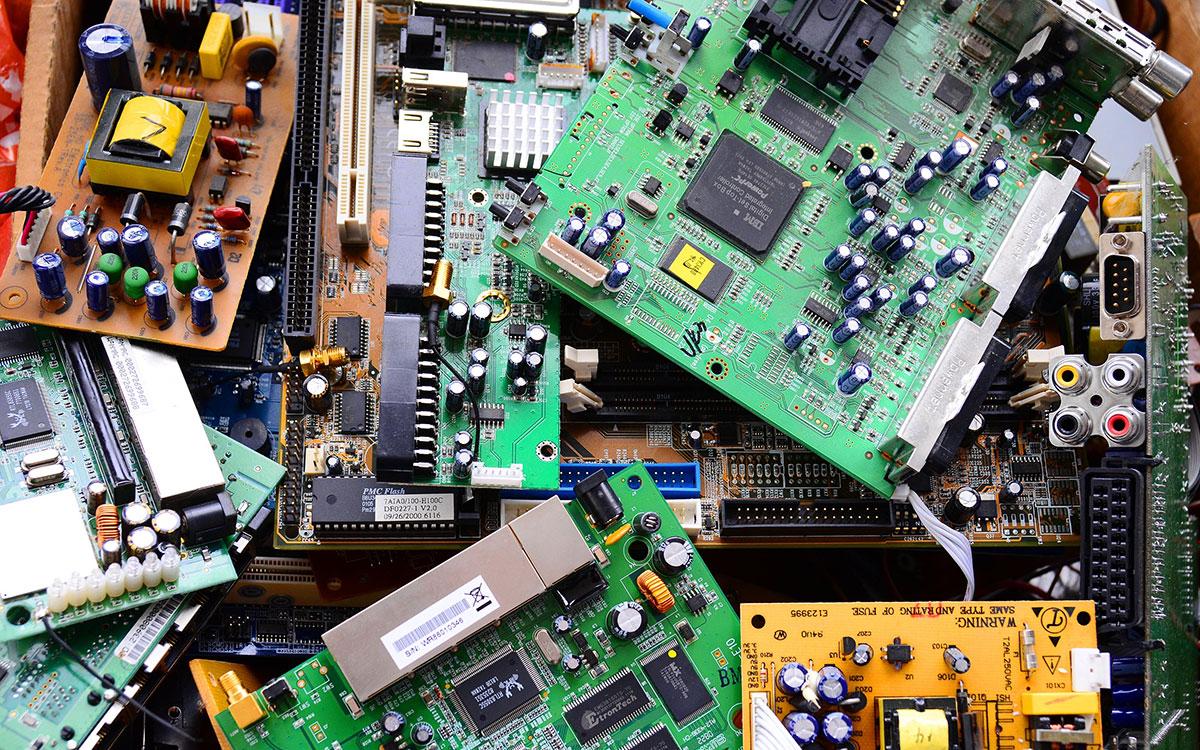 The Industry Council for Electronic Equipment Recycling (ICER) has cooperated with Defra and the EA to publish an investigation into the presence of POPs in a range of WEEE and the government guidance has now been updated in light of this report.

The EA state in the guidance update that they will focus on businesses mis-describing hazardous and POPs waste, which leads to it being subsequently mismanaged or exported without notification. They go on to warn that “Where we identify non-compliance we will work with operators to bring them into compliance and where necessary take enforcement action.”

The guidance states that wastes must be correctly classified and described, making the presence of hazardous chemicals and POPs clear in the waste description.

For the management of wastes containing POPs, the EA makes clear that “The POPs present in the plastics, cables and printed circuit boards of WEEE that is POPs waste must be destroyed (or irreversibly transformed) by subsequent waste management activities. You are not allowed to recycle or reuse these POP containing materials or components.”

The EA advise that for reuse of WEEE as EEE, “Electrical devices containing POPs can be re-used provided that they are not, and were never previously, waste. As such, this reuse can never generate evidence of recycling or recovery for the purposes of the WEEE Regulations. However if, at any point, an electrical device containing POPs becomes waste, it becomes subject to the legal requirement to destroy (or irreversibly transform) the POP. You are not allowed to reuse this device and it cannot cease to be waste, even if it is in working order. The POPs must be destroyed.”

“Organisations wishing to re-use WEEE would, in addition to other requirements, need to implement effective and reliable techniques to identify which devices contain POPs in plastic components, cable and printed circuit boards to enable them to distinguish and separate out those devices that contain POPs (and require destruction) from those that don’t. The latter can be reused or recycled.”

Other areas of updated guidance cover the classification and treatment of components removed from WEEE, wastes from WEEE treatment and hazardous waste controls and the exporting of WEEE, treated WEEE and used EEE.

Lucy Drake-Lee, scheme manager at B2B Compliance commented “Inevitably the discovery POPs across the majority of categories will drive up the cost of evidence. It can also feel frustrating when we are presented with barriers to reuse but sound treatment of POPs is essential for the health of people and the environment. It is hoped that the consultation on the WEEE regulations will focus on how reusing EEE can be incentivized whist remaining safe for users.”

In a separate update, the EA is now temporarily allowing CRT glass from old displays to be sent to landfill. CRT glass is typically blended with concrete and used for things like barriers, however, the end of waste panel recently decided that this method can no longer be classed as end of waste. There were concerns that this would affect the uses for the CRT concrete blocks and could reduce demand, therefore preventing AATFs from being able to move the material on. The EA and Defra were called to provide a solution to prevent the build-up of CRT glass at designated collection facilities.

The Agency has now made the decision to allow CRT glass to be sent to landfill without it having an affect on obligations to meet recycling targets. This exception will expire on 1 November 2020. During this period, treatment facilities must put measures in place so that the glass can be treated appropriately and a market can be found in order to meet recycling targets.

If you would like to discuss how any of these updates could impact you, please do contact our team.